Spineboy is a complex example project demonstrating the use of many Spine features, including meshes, IK, transform constraints, and clipping. Below, we focus on the setup of the skeleton.

Spineboy's legs are driven by IK constraints, which is commonly used to keep a biped's feet firmly planted to the ground while the upper body moves. IK is also a great way to efficiently simulate the bending behavior of legs and ankles.

Spineboy's front and back legs are setup in the same way. For brevity, we will only discuss the front leg in detail.

At the tip of the foot, we have the front-foot-tip bone. This bone is not affected by any IK constraints. We also disabled Inherit Rotation on front-foot-tip to ensure the foot doesn't go through the ground when rotating its parent bone. 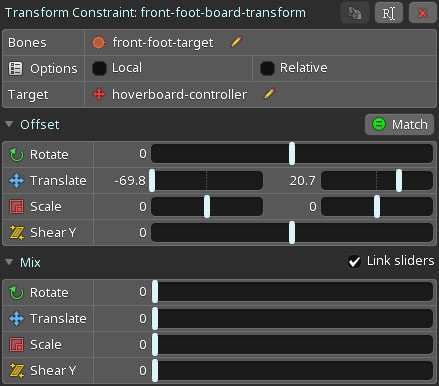 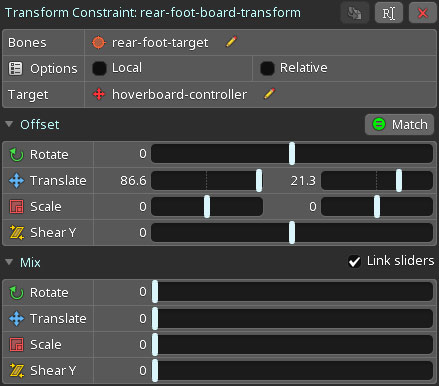 Using transform constraints like these simplifies animating Spineboy on the hoverboard. Only the the hoverboard needs to be animated, while the legs follow automatically in a natural way.

When Spineboy aims, he moves not only his arm holding the gun, but also his torso, head, and front arm. All of this is controlled by a single bone to ease the animation process. It also enables letting Spineboy aim at a point at runtime by programmatically moving the control bone. This is achieved by using another set of constraints.

In Animate mode, with the aim animation active, a bone named crosshair appears in the editor viewport area. Spineboy aims at this bone, as seen below.

For this effect, we use a single bone IK constraint named aim-torso-ik. This constraint drives the aim-constraint-target bone, a tiny bone parented to the hip bone. 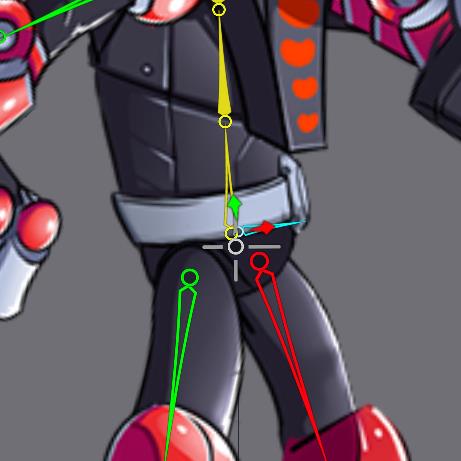 Each of these transform constraints have different Offset values. These control the initial position of all affected bones for the aim animation.

The Mix values define how much effect the constraint has when moving the crosshair bone. For example, we can change the Mix on aim-torso-transform to 0 to prevent any rotation of the torso.

We can also key the Mix value to 42.3 to give a little rotation and a more natural feel to the aiming motion of Spineboy.

The aim animation can be layered on top of other animations, for example, to enable Spineboy to aim and run at the same time. The Preview view can be used to see the effect of layering multiple animations.

While the animation runs in the Preview view, select the crosshair bone in the editor viewport and move it around. The Preview view shows Spineboy aiming at the moving crosshair while running.

The same can be done in games and applications by using the Spine Runtimes. The Spine Runtimes let you programmatically playback multiple animations on different tracks and manipulate bones, giving you the same control you have in the Spine editor.

The portal is made up of a set of layered images, giving the portal depth. 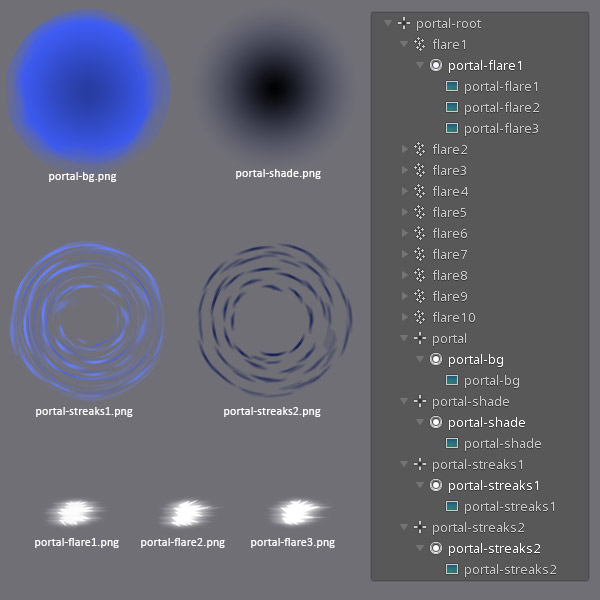 To achieve the elliptical rotation of the portal, we apply non-uniform scale to the portal-root bone, squishing the portal on the X axis. We then apply rotation to the child bones portal-bg, portal-shade, portal-streaks1, and portal-streaks2.

Spineboy appears to come out of the portal, with the parts of him inside the portal being invisible. We achieve this by using a clipping attachment. 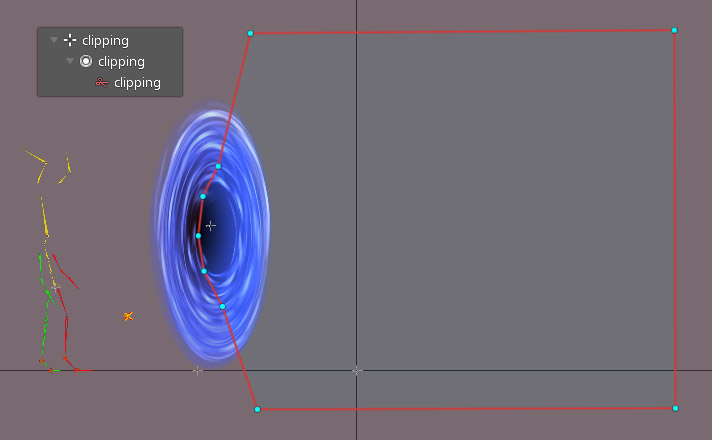 The clipping attachment's polygon defines the area within which Spineboy is visible. Any parts of Spineboy outside this area will be clipped and hence be invisible.

In Animate mode, with the portal animation being active, scrub through the timeline in the dopesheet to see the effect of the clipping attachment on Spineboy as he goes through the portal. 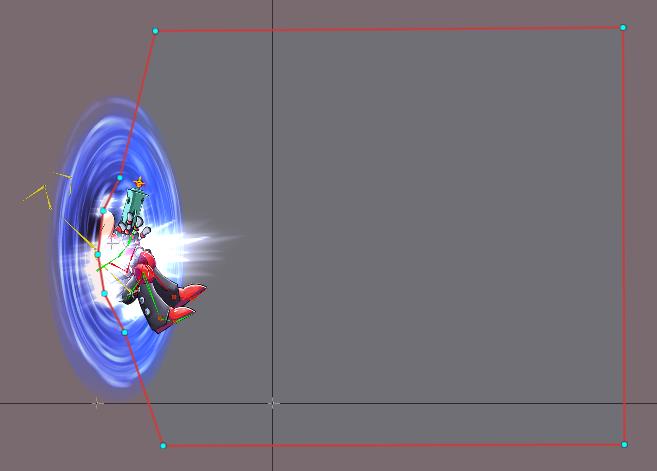